You are about to convert a purchase from to EhrenKlub #4 in Odonien mit Métaraph, Kiwi uvm. Please click on continue and chose your new tickets. The payment amount of your original tickets will be refunded to you minus a conversion fee of € per ticket. The conversion fee and the possible difference to your original purchase will be charged.

Your Reservation is being canceled
Your being forwarded to the new event
Purchase is being processed
Please finish your purchase in the other window.

Don't see the secure Payment Window? We'll help you re-launch the window to complete your purchase

Back to the beginning 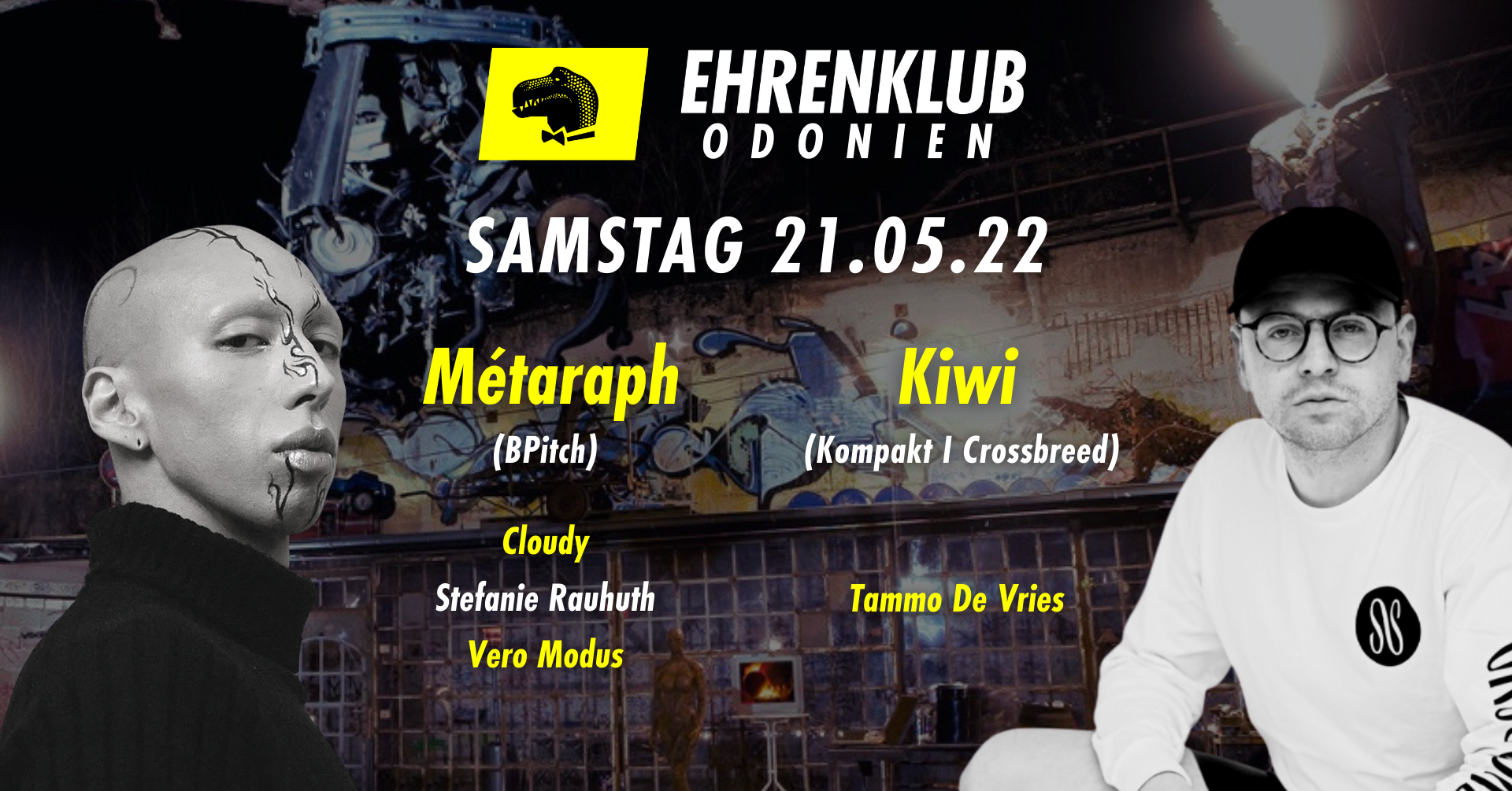 ❣️To assure the party a safe space for everyone the participation of all is required. Be aware of your own boundaries and respect the boundaries of others!

❣️If you are affected by discrimination, feeling the line being crossed or you can't deal with a situation, turn to the ones around you or to the Awareness Team. We will have 2 mobile teams who you can identify by the red lights.

❣️The Awareness Team can support you in conflicts, has a sympathetic ear and helps you to find a solution.

Métaraph is a non binary multidisciplinary artist based in Berlin.

They started performing within the London queer underground scene since 2018 whilst they started travelling also across Europe.

They released their first ep Motus Animi on TSA records and many singles for VAs of Durch, Expel your Demons, and more whilst they have been hosting an array of podcasts for numerous labels as Voight-Kampff, Gegen, Dusk and more.

Fast, ethereal, industrial, melancholic and raw journeys are created through their sound journeys succeeding in tearing out the individual inner chaos and transcending it to a higher level of consciousness. The maestro of metamorphosis crossbreeeds genres between hardcore, ambient, industrial techno, hardtrance and psy through hard kicks and sharp percussions always bundled with longing melodies and dark vocals, which they give the necessary polish with a spark of acid.

London based Kiwi has created a sound all of their own over the past 4 years Receiving support from DJ Harvey, DJ Tennis, Optimo, Andrew Weatherall, Daniel Avery, and Erol Alkan to name a few.

London based DJ and producer Kiwi, aka Alex Warren, stepped back into the spotlight in 2017 with the release of their ‘Orca’ EP on Bristol’s Futureboogie imprint. Notable A side ‘Orca’ went on to claim rave reviews from Mixmag, and topped the dance charts on Juno and Beatport for 7 weeks. Following this, Alex saw success with releases on Dusky’s 17 steps, and a vinyl only 12” alongside Joakim on Life and Death, earning acclaim from the likes of DJ Harvey and Gerd Janson among others. Whilst in the studio Alex was also busy on the road, touring Asia (twice), North America, Europe as well a number of UK festivals, including Glastonbury – all whilst holding down their residency at XOYO in London. The past year has seen them earn a reputation for his long winding all night long DJ sets; often genre hopping from Balearic, Disco, House to Detroit-Techno and everything in between.